To recap, this is the update which is already out for PS3, PS Vita and other PS4 regions outside of North America. It was delayed over Christmas due to a certification problem with Sony but now it looks like that has all been cleared up.

Minecraft 1.12 on PS4 is actually a huge update and for those that have just installed in America, we can bring you the Minecraft PS4 1.12 Patch notes in full over at the official forums. 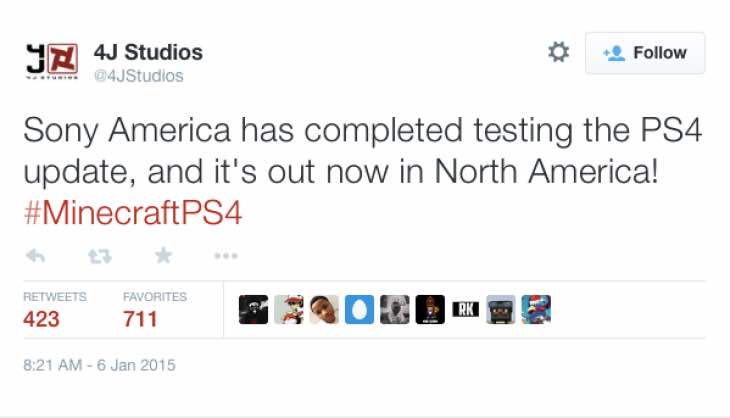 You can also craft a Firework Star or Firework Rocket in the new update, but we’ll let you discover that for yourself. Check out the full notes in the forum link above and let us know your experiences of the new Minecraft 1.12 patch on PS4.

Was it well worth the wait in your opinion?