We know many of you have been asking where is the Minecraft PE 0.16.0 update today, after today was supposed to be the day in which Mojang gave players the next major update to the popular Pocket Edition of Minecraft.

Unfortunately though, we have to be the bearer of bad news if you haven’t been keeping an eye on social media. One of the developers of Minecraft PE has said that the release date for update 0.16.0 has been delayed and will still need a ‘few days’ until it is ready for release. 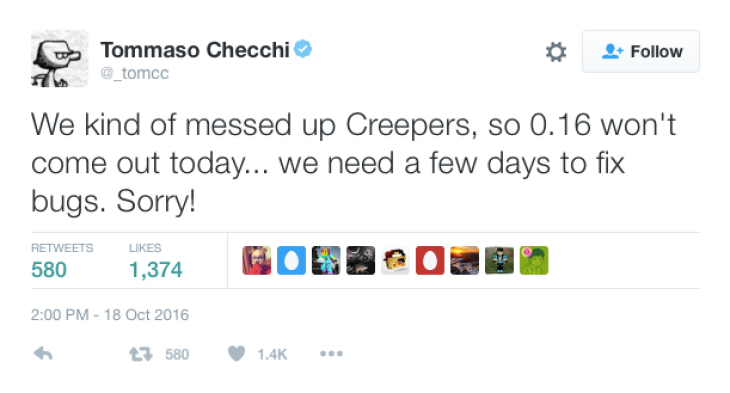 The reason for this is due to bugs being found in relation to Creepers, with all of the beta testing proving to be still not long enough to get the new version out on time.

We can see that lots of you are unhappy about the delay and have said that release dates are never met, but in reality you would rather have a bug free release rather than launch with major problems.

We’ll keep you updated on when Minecraft PE 0.16.0 is out this week, but hopefully it should be by Friday if a few days really does mean that.