We are starting to get excited about the upcoming Minecraft PE 0.15.0 update release date, which could be arriving sooner rather than later.

We say that, as Mojang’s developers are now starting to tease about the update on social media meaning that they wouldn’t be giving out public information without good reason.

Check out some recent Tweets from Mojang’s Tommaso Checchi which could also allude to the fact that when Minecraft PE 0.15.0 arrives, one of the new features may be Realms. 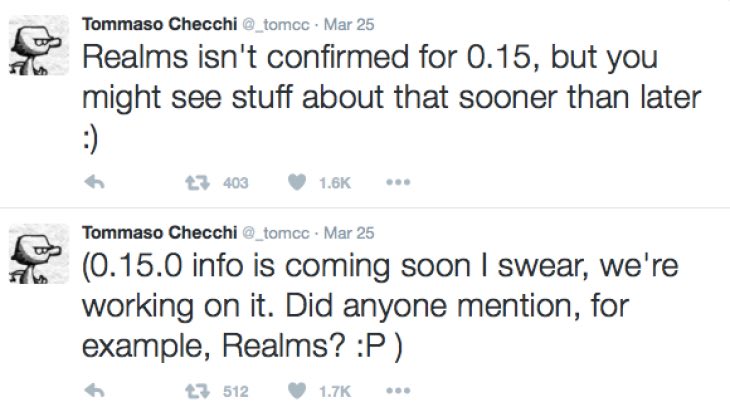 Then again, the wording of his Tweet may also imply that Realms may be saved for Minecraft PE 0.16.0 – but that seems a long way off given that he is talking about Realms and 0.15.0 in the same breath.

Either way, this is great news for those who are now ready to find out when Minecraft PE 0.15.0 is out on Android and iOS for download.

What new features would you personally like to see? We’ve had some great feedback from the community in the past, so start listing your features below!