That developer is Tommaso Checchi, as he’s usually the guy who keeps the community up to date on when the next version of Minecraft PE out.

Currently we’re in Alpha with Minecraft PE Realms, with some players having already tested the new feature before it becomes available for a price. 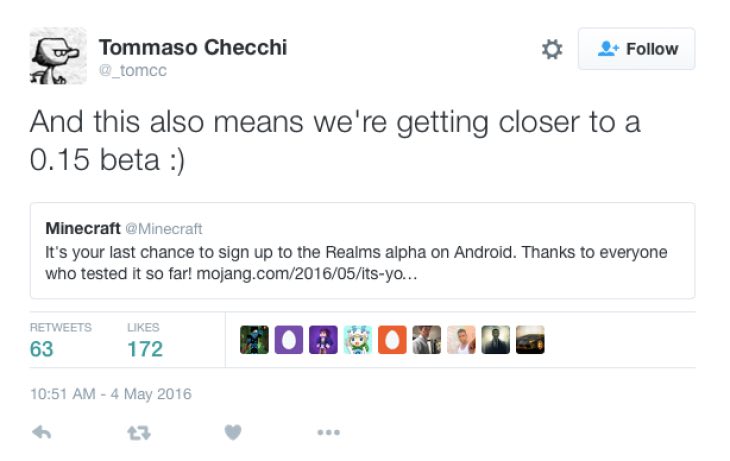 When Minecraft PE 0.15.0 arrives, it will also be coming with pistons as Mojang previously teased here with a great little animation for players to get excited about.

With that said you should keep an eye on the Twitter account above as we could get the download link for the Minecraft PE 0.15.0 beta on Android at any moment.

For iOS players, you’ll have to hold on a little longer as usual but your version should mean less bugs.

Are you excited about 0.15.0 which is coming soon? Leave your feature requests below for Mojang to see!