We bring some good news for those of you playing Minecraft Pocket Edition on iOS. Mojang has just released the Minecraft PE 0.14.0 beta build 4 on Android, stating that we are almost ready for the final build.

That means of course that you shouldn’t have long to wait until we get that Minecraft PE 0.14.0 iOS release date which you have all been waiting for.

Mojang has said that there will be a build 5 of the ongoing Android beta, but after that we should get the final release along with the iOS version. 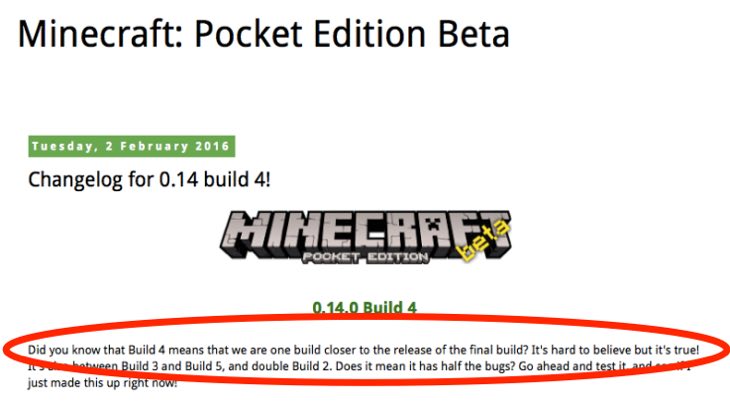 You can check out the latest notes for Minecraft PE 0.14.0 Build 4 here at the official site, but we want you to leave your thoughts below on what you want to see the most from the next iOS release.

You can use the same link above to check out all previous beta notes, to give yourself a heads-up on potential Minecraft PE 0.14.0 patch notes for when the final build is live.

As always, we’ll let you know when that happens – hopefully by the end of February!