We could now just be days away from the highly anticipated Minecraft PE 0.13.0 release time for iPhone and iPad users.

Mojang has sent out word that the latest beta version on Android should be the last one meaning that iOS owners should be on high alert for the Minecraft PE 0.13.0 download on iOS being available at any point this week.

Android owners were issued with Build 5 of the beta on November 11, so since it is now Monday November 16 we have a feeling that the update could be close. 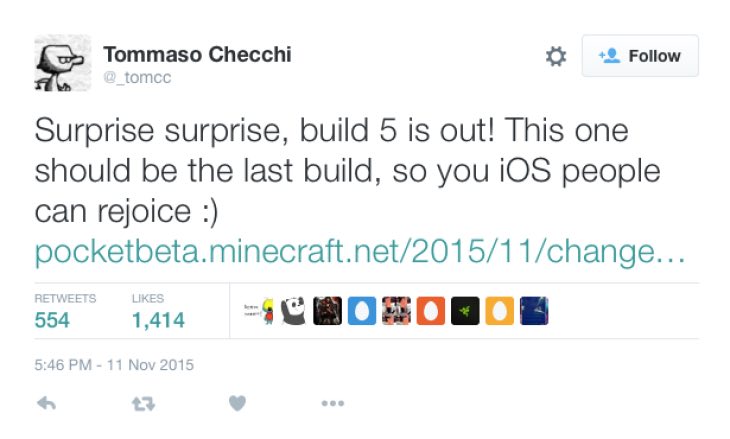 Remember that when 0.13.0 is live, it will be adding Redstone to the Pocket Edition which is a major factor after a long wait.

Elsewhere, there’s going to be Rabbits, stackable boats and also Tripwire hooks and levers. There’s no guarantee that it is coming this week, but we say you should keep your eyes open nevertheless.

As an iOS user playing Minecraft, are you surprised that there has only been 5 Builds for the Android beta? Does it imply that there is going to be less bugs this time around?