The next Minecraft Pocket Edition beta will finally fix the black screen problems some of Product Reviews readers have been experiencing. The confirmation came with a tweet by Shoghi Cervantes, as he explained Tommaso Checchi fixed the issue when devices “failed to start with a black screen”.

This means MCPE 0.12.1 build 7 will solve that problem, considering the build 6 changelog went live within the last 24 hours. It’s has only been a couple of days since we saw build 5 go live, so the programmers are pushing out fixes to current issues pretty fast. 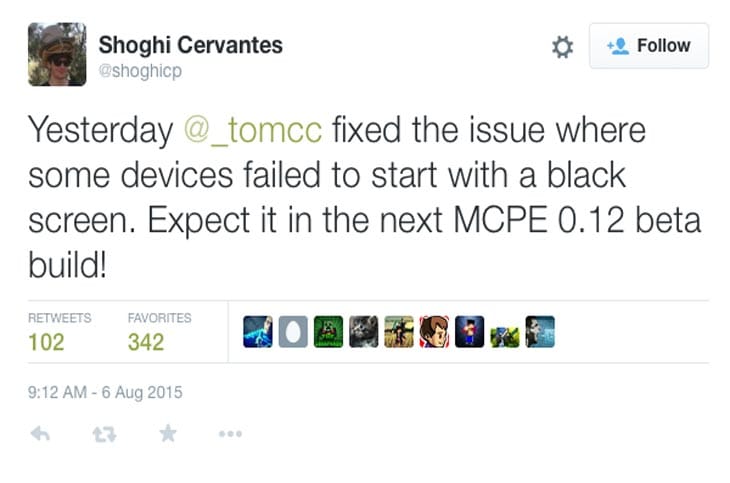 Another tweet directly from Checchi explained, “while I was all fixing stuff @darngeek and @shoghicp released build 6”. He then continued to explain that “the input lag fix will be for build 7”, and we would expect this beta Minecraft PE update to release in a matter of days as well. 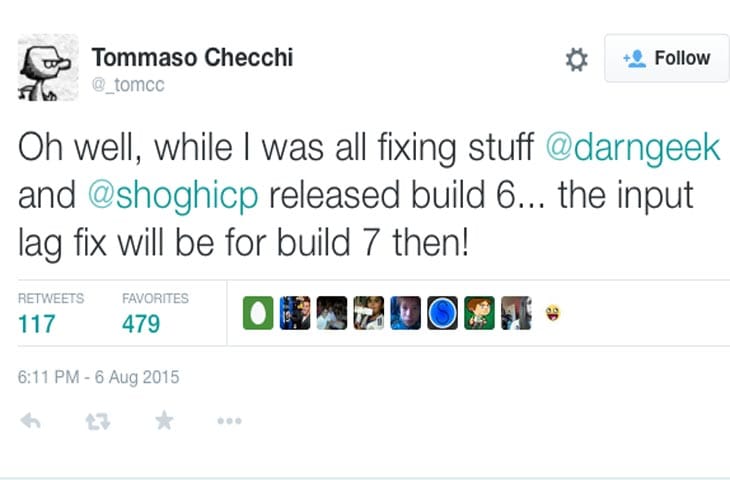 We’ve seen errors in the past from various platforms that saw users “unable to start the minecraft runtime environment”, and seeing Minecraft “unable to start because it failed to find an accelerated OpenGL mode”, although they almost always get fixed in a timely manner. Again, these issues vary by platform, hardware used, and with mobile devices can even be related to Minecraft PE servers going down.

You can see the latest changelog for MCPE 0.12.1 here on Google Docs, which lists changes by build version. You should expect an update with build 7 update notes shortly once it releases with an input lag and black screen fix.