It’s already available on Google Play to those that are enrolled into the beta and are members of the Google Play community.

More importantly, we can confirm that the Minecraft PE 0.12.1 bug fix list includes fixes for mining and jumping – both of which were somehow broken in the last build. 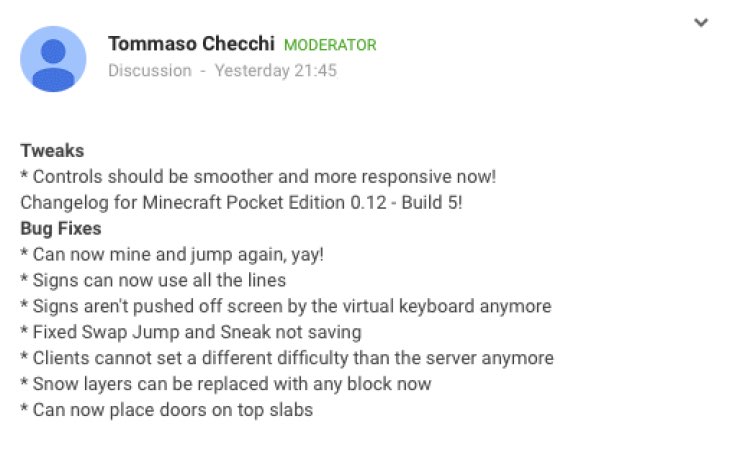 Developer Tomasso Checchi has confirmed the rest of the bug fixes in build 5 above as you can see on Google Play.

For those wondering, you’ll now be able to correctly place doors on top slabs, as well as replacing snow layers with any block.

Elsewhere, we can see that some Minecraft PE 0.12.1 build 5 bugs have been spotted by players – They include still not being able to punch entities with hands.

Let us know if you have installed build 5 and if you have spotted any other new bugs with the new version that we should be aware of.