We have some information for Minecraft players on Android who are currently wondering what happened to the expected Minecraft PE 0.12.1 Build 14 update last week.

To recap, we told you that it was expected on Friday after Mojang developer Tommaso Checchi told everyone on Twitter that it would be happening.

Now though, it appears that there has been a change of heart. Here is what the developer has now said – confirming that there will not be a Build 14 for the 0.12.1 beta after all. 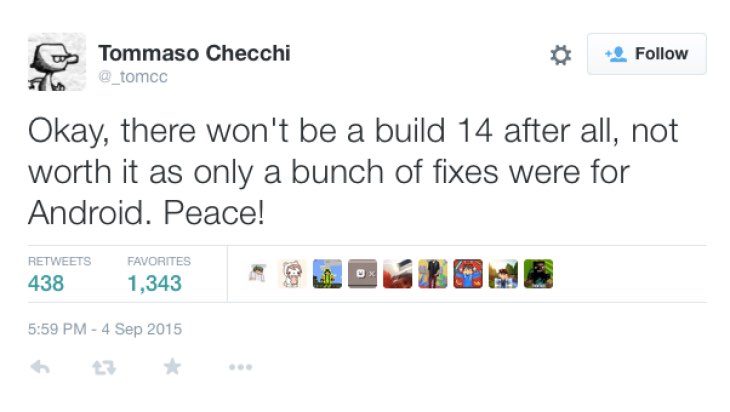 With that said and done, hopefully this means that there will not be any more beta versions for Minecraft Pocket Edition and the next version will be full releases on both Android and iOS.

Mojang also said that they had submitted off a new Minecraft PE update for iOS and that it would be arriving on September 8. Given that the time period is now upon us we could be bringing you some iOS patch notes very soon – so stay tuned for that.

What are you most hoping to see next in Minecraft PE on your version?