We know that many of you have been asking when Minecraft PE 0.12.1 Build 12 will be out on Android. We can give you a useful update on this as Mojang has revealed exactly when the new version will be out.

As most of you know, the beta testing process for Minecraft Pocket Edition 0.12.1 has been going on for longer than expected.

Even Mojang did not intend to release so many versions, but with new bugs come new expectation so now we find ourselves with Build 12 next up.

The good news is that one of Mojang’s developers has said that the Minecraft PE 0.12.1 Build 12 release time will be on Friday August 28. 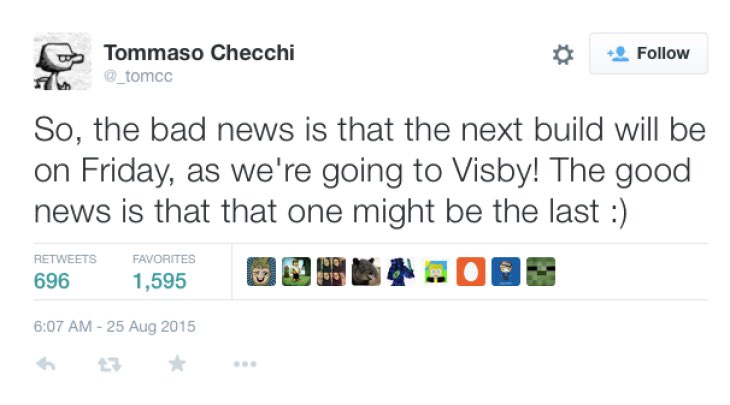 Even better is that the developer Tommaso Checchi has also said that the team are aiming this to be the last beta version.

Don’t take that as a confirmation though, as you should know too well with Minecraft PE that a new version could always be around the corner.

Confirmation of the Friday update is above. Let us know if you are ready to download Minecraft PE 0.12.1 Build 12 on Android and what you are expecting to see.

We’ll bring you the official Minecraft PE 0.12.1 Build 12 changelog here as soon as we have it.