Another day, another opportunity to download the latest version of Minecraft Pocket Edition. Now we can see that Minecraft PE 0.12.1 beta Build 10 is live on Android and now we can bring you the changelog in full from Mojang.

It has literally been less than a week since Build 9, but now Build 10 is available and it’s a sign that the developers are working hard on getting Minecraft PE 0.12.1 fully ready and as bug-free as possible before the iOS launch.

iPhone players may be feeling left out at the party, but at the end of the day once the public version is available it will be the one without the bugs which Android players had experienced with each build released. 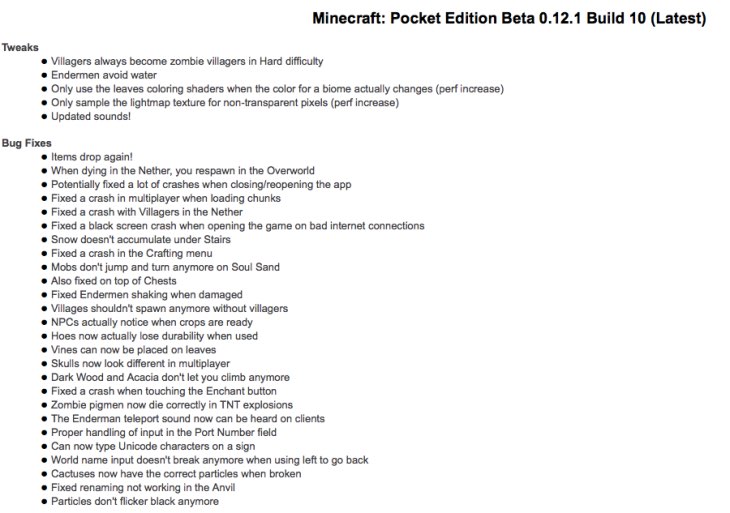 As a result, head to the Minecraft PE 0.12.1 update notes to see what is new in the game. Changes include Villagers always becoming zombie villagers in Hard difficulty, Endermen now avoiding water and also there’s some updated sounds to try out.

As always there’s a lengthy list of new bug fixes with Minecraft PE 0.12.1 build 10 so take a few minutes to study the full list and let us know what you think.

Have you been playing the beta since Build 1? If so, let us know what you would do to improve the game before the full version is available.