As a result, Mojang has wasted no time and have already gone live with a Minecraft PE 0.11.1 update for iOS, Android and Windows Phone that specifically fixes this problem.

Confirmation of the update going live can be seen on the official App Store listing – Mojang has even ‘thanked’ Apple for apparently speeding up the process in getting Minecraft PE 0.11.1 out to the store so quickly after 0.11.0. 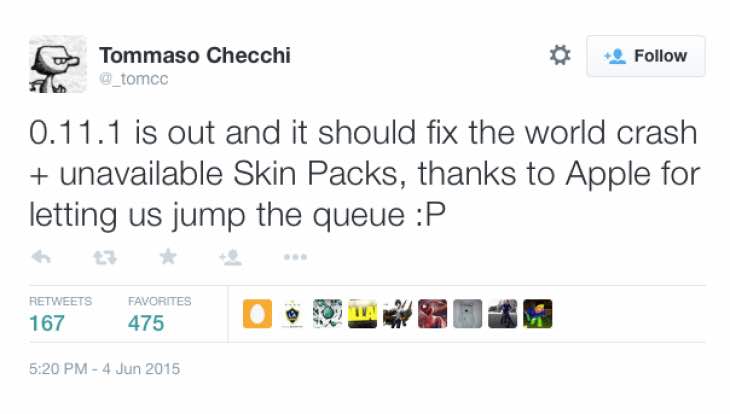 Don’t forget it may still take a while for the update to actually reach your device, but we’ve had numerous reports of the update being live for most so try now and let us know how you get on.

It’s obviously not great to see this Minecraft PE worlds crashing bug so soon after a new update launch, but at least Mojang fixed the problem almost instantly.

How is your Minecraft PE 0.11.1 experience now, are the problems fixed for you?