It has been a very long wait for iPhone users, but at last we can confirm that the highly anticipated Minecraft PE 0.11.0 update for iPhone is now live on June 4.

The next time you boot up your game, you should be prompted for an install which is 13.9MB in size. The update is live for us too and we can bring you the official Minecraft PE 0.11.0 update notes on iPhone as they appear on the app-store.

As promised, some of the main features of Minecraft Pocket Edition update 0.11.0 include Skins, but there’s also some great other inclusions too such as boats, cave spiders and squids. 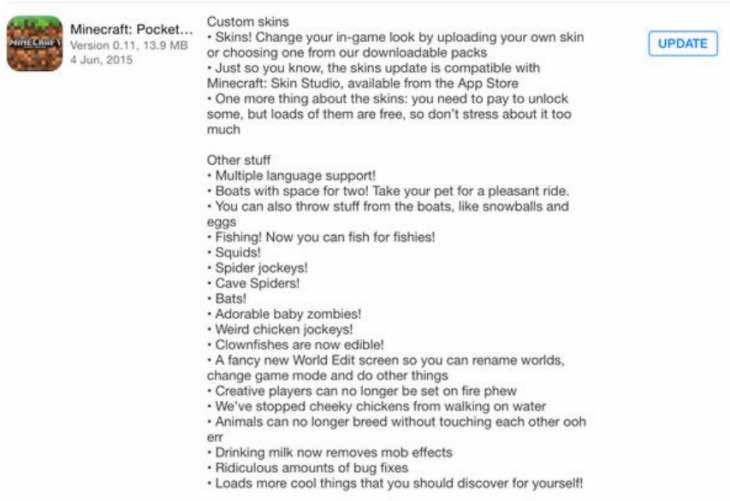 This is the same update that Android owners have been beta testing for a few months now, so hopefully it means that the iPhone release will be smoother in terms of bugs.

That said, there’s always going to be bugs and we expect many of you to tell us what bugs you have found in a matter of hours.

For now, read the Minecraft PE 0.11.0 patch notes above and give us your reaction to the update finally going live.