There is still no sign of the Minecraft PE 0.11.0 release date for iPhone users. Android owners on the other hand have been getting stuck in to the beta version, with Mojang constantly launching new builds almost every week.

It’s almost amusing to think that although the majority of high profile mobile game developers favor iOS development, Minecraft PE couldn’t be more generous to those who play on Android.

A big part of this is probably due to Apple’s App Store review policy, as Mojang has had big problems in the past launching updates at the same time as Android and have probably decided that it’s best to prioritise Android moving forward. 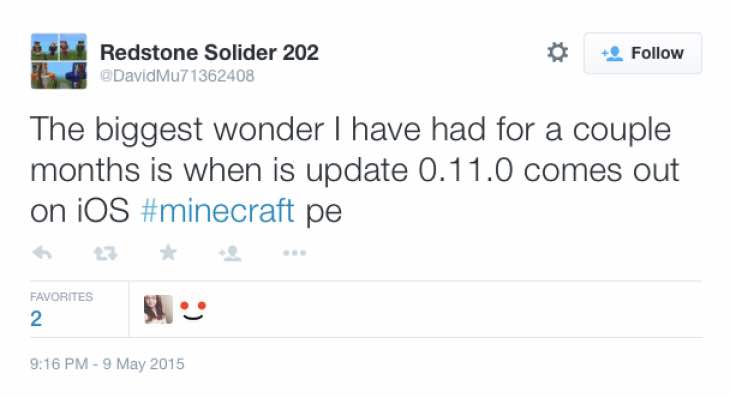 Right now, we are currently on Minecraft PE 0.11.0 beta 10 and there is no sign when the beta versions will end. The only good news for those tearing their hair out on iPhone is that Android users are essentially testing the game out with bugs – so that iPhone get their version bug-free, hopefully.

The last version of the beta added skins to the pocket edition at last too, so things are coming along nicely. If you are playing on iPhone, let us know if you are bothered by the favouritism on Android.

Do you wish you could play the beta now, or are you happy to let Android users test the bugs and wait for the final version?