Now that business is back to normal after the holidays, Minecraft players are waiting with great anticipation for Mojang to deliver the Minecraft PE 0.11.0 update for Android and iPhone.

We know that the team is working hard on the update as we speak, as two main developers with Johan and Tommaso are regularly keeping fans updated with progress on their respective Twitter accounts.

We already know that Minecraft PE 0.11.0 features will finally include skins, but for those that need a reminder we can also tell you that boats are coming too. 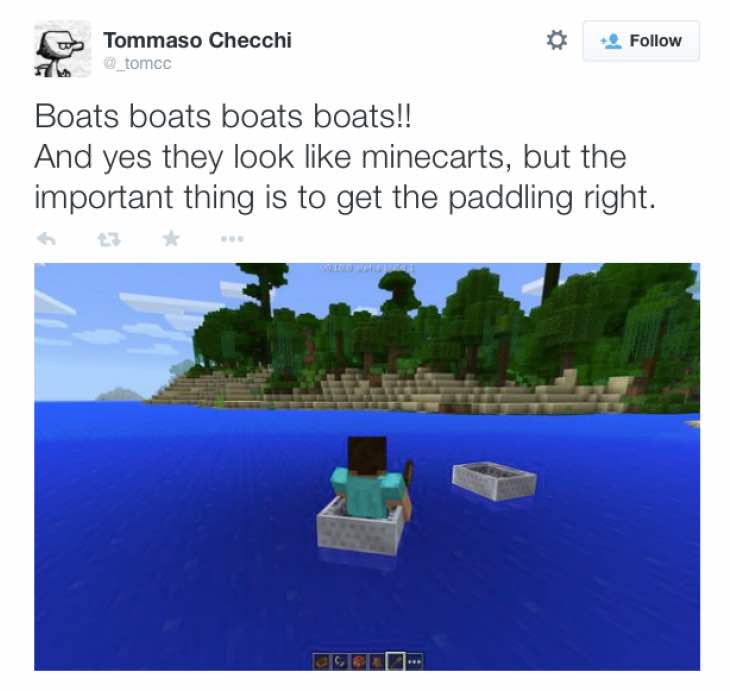 Some of you may have forgotten a screenshot that Tommasso shared back in September, which offered a taster of boats in Minecraft Pocket Edition. Although at the time, they were a work in progress as Mojang were still working on fine tuning the paddling aspect.

They are definitely confirmed though and hopefully Mojang will give us an indication of how the boats feature is coming along later this month.

On the subject of skins, we were meant to see it in Minecraft PE 0.10.0, but we all know that it was delayed once again – but now promised by Mojang for 0.11.0.

Additionally, one skin that will be available is the Zombie Pigman, which is receiving a texture update for Minecraft 0.11.0, compared to the Pigman skin on the PC version.

We would love to see the update arrive sometime in January, but we don’t want to get our hopes up too fast. Are you excited about Minecraft PE 0.11.0? Let us know what you would like to see in terms of other features.