It has been well over a month and we have still not heard a single thing from Mojang on the status of Minecraft PE 0.11.0. We are getting daily feedback from Android and iOS users, begging Mojang to make the update available as soon as possible.

Within the last few days, we have seen an increase in the number of Minecraft Pocket Edition players reaching out to Mojang, asking what has happened with the 0.11.0 update.

Prior to this new version, updates for Minecraft PE were coming almost every week and it seems like many players expected 0.11.0 to drop soon after the previous version. 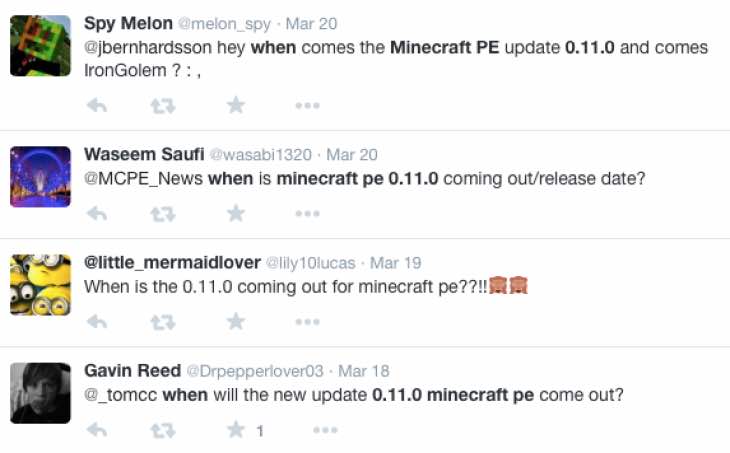 Mojang has kept everyone waiting though, especially developer Johan Bernhardsson who hasn’t posted an status update on 0.11.0 since February 3 when he told everyone that the update wouldn’t be coming in February.

It’s now the end of March and there’s still no update in sight – are you starting to get a little bit frustrated after two months of silence?

If you are a daily Minecraft PE player, let us know your thoughts on the extended wait for 0.11.0. Do you agree that it has been too long without letting the community know what is going on with the update?