Mojang are starting to give Apple a run for their money with all these beta releases, but still it’s nice to see the developer continuously update this main version so that everything goes smoothly for the full release with minimal bugs.

New features in Minecraft PE 0.11.0.11 include a fishing rod in 3rd person mode and also the addition of wolves being able to eat rotten flesh. 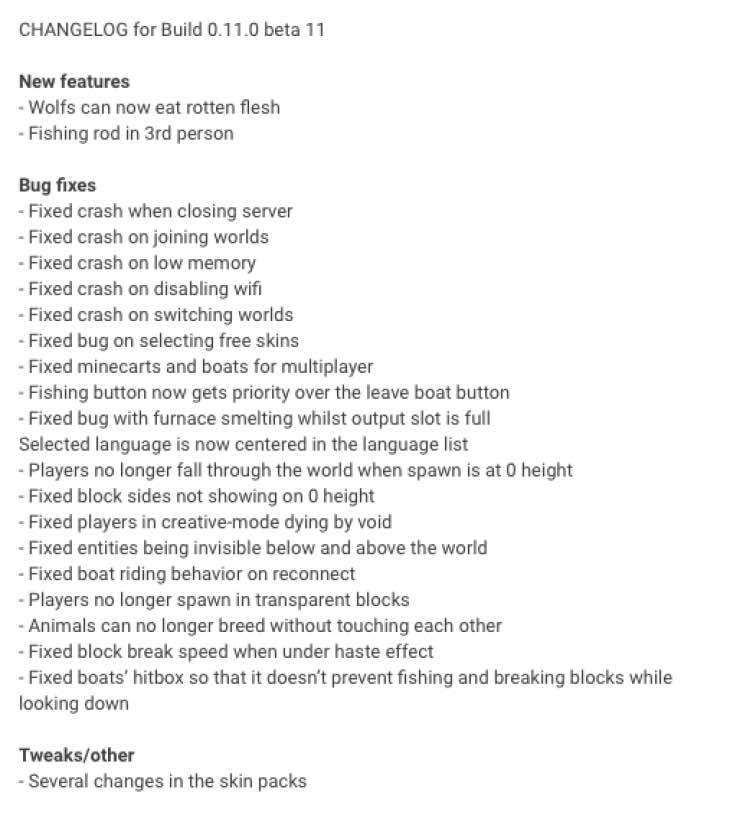 There’s also the standard plethora of bug fixes, including a new fix for crashes when joining worlds, crash fix for disabling WiFi and players no longer spawning in transparent blocks.

You can see the full list of changes above as they appear on the official Google+ page. Hopefully this is the last beta before the highly anticipated Minecraft PE 0.11.0 iOS release date which iPhone owners crave so badly.

If you are playing the beta right now on Android, let us know your thoughts on the latest beta.