The Minecraft PE 0.10 beta build 5 has now gone live within the last few hours, and with it Mojang has listed a host of bug fixes. The developers have asked that you test this one out very hard, as this looks set to be the final beta build ahead of the final version, which should be released very soon. This is great news as we are finally into the home straight, and with a bit of luck will finally be able to say the Minecraft PE 0.10 final version is released, although we cannot be certain how long that will be.

CHANGELOG for Build 5 – Mojang has fixed the crash or graphics corruption that happened in some circumstances underwater. The black screen on startup has been fixed for even more devices now, which will come as a huge relief, as has the black lines on the sides of doors. 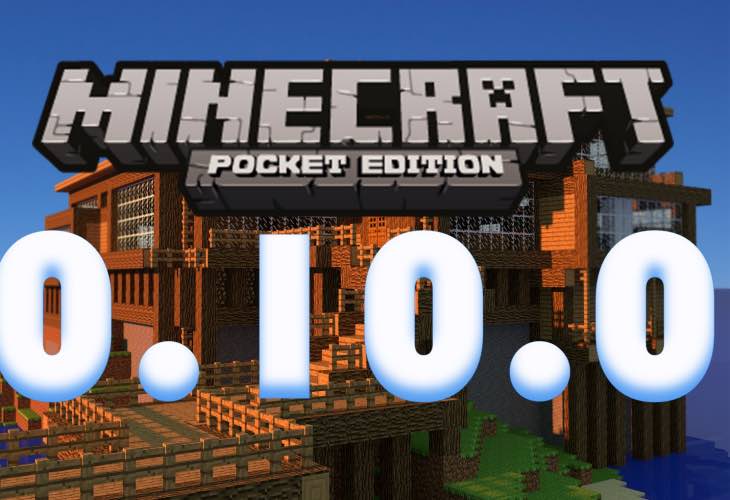 Those two are just the start of the fixes, as the devs have Reenabled OpenGLES 3 and mipmaps, and there is a very good chance that some of the depth precision issues have been resolved.

When you switch worlds your chat messages will now be cleared, and the game will no longer forget the settings you have made before quitting the options screen. Two other fixes that Minecraft Pocket Edition 0.10 beta build 5 benefits from are sensitivity no longer lowers itself automatically, and when you do destroy a door by removing the underlying block, it will now yield a Door item correctly.

The full list of fixes can be found on Google Plus. We are surpassed at how quick Build 5 went live, seeing as though Build 3 happened a week ago.