While Minecraft PE owners continue to catch up with PC gamers, we have news of some fantastic improvements with a brand new Minecraft Snapshot to play on PC. Specifically, Mojang has unveiled Minecraft banners much to the surprise of the community and it appears to have gone down a hit so far.

Minecraft snapshot 14w30c is now live on PC and Mojang has released the latest Minecraft PC patch notes here which you can read in full on their website. Top of the list is Minecraft banners, which Mojang states they are leaving it down to players to find out the real benefits of the banners.

After playing with the feature, we can see that the real highlight of the update is Minecraft banner crafting. Mojang has essentially given players full customization options to be able to make banners with items from the inventory, even offering gradient effects to make the coolest banners to show off to friends online. 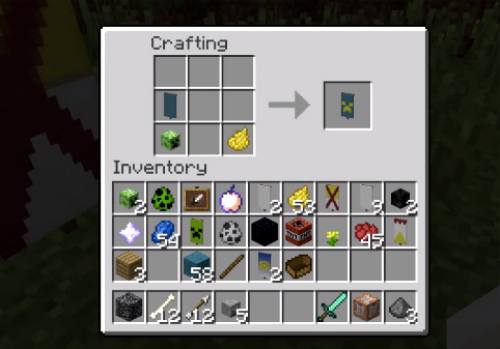 We’ve added a video below to show you how it works and we think most of you will agree that it looks fantastic. Another massive addition that we can see from this snapshot, is major graphic optimizations which make the game look even sharper than before.

It will be interesting to see how long it takes for Minecraft Banners Pocket Edition to arrive, as obviously those playing on mobile devices are going to love this feature too.

Check out the clip below and let us know your initial impressions of Minecraft banner crafting. What is the best banner that you have made so far?