It has been a long wait for Minecraft players on PS4 and PS3, but finally we have good news today. The Minecraft 1.23 update is now live and rolling out as of Wednesday February 10, 2016.

As a result, we can now give you a heads-up on the Minecraft 1.23 changes for those that still need the full list of notes. We’ve already told you about these in advance here, but consider this another reminder as we still see people asking for them on Twitter. 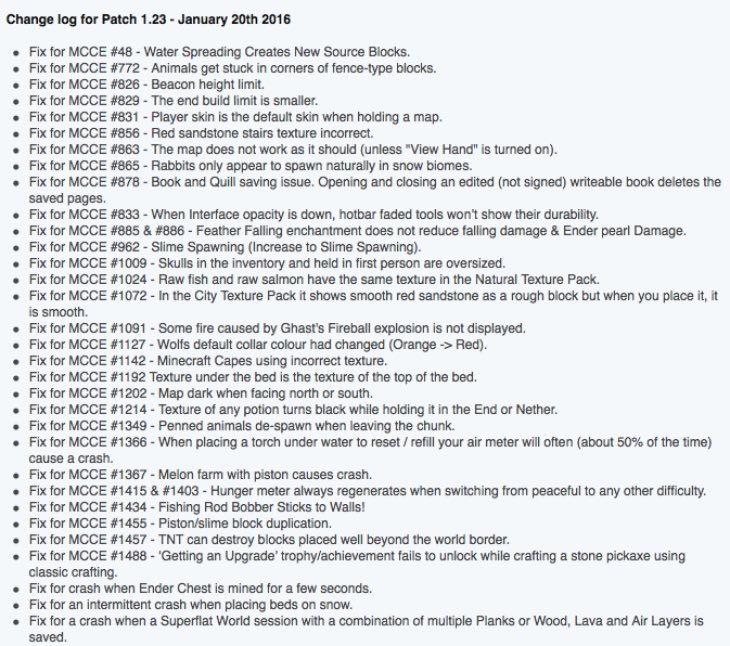 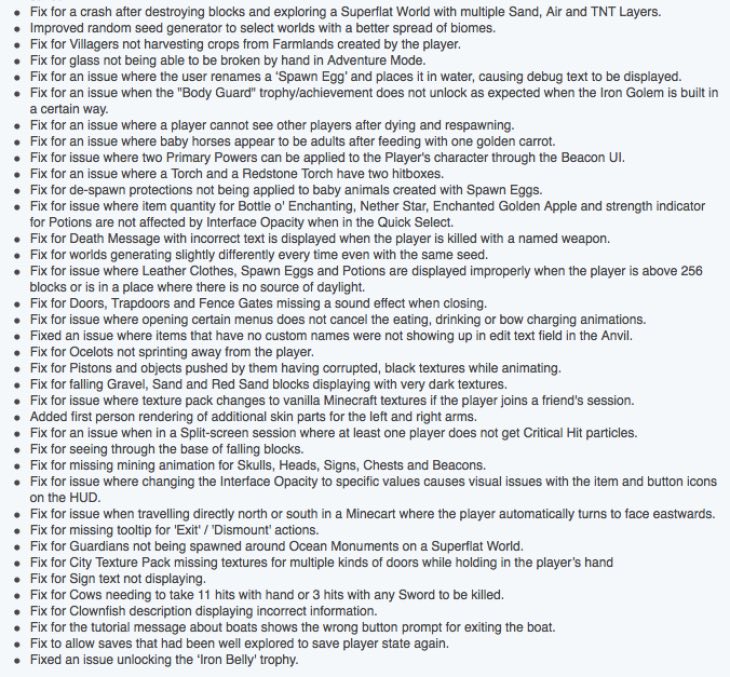 Above is the full Minecraft 1.23 patch notes list for PS4 and PS3 and they are the same for both platforms, as 4J Studios is updating both platforms simultaneously to keep things simple.

There’s obviously a lot of bug fixes there to get through, so take a read and then let us know what else you spot in our comments section below.

Do you have the new Minecraft update for February 10, 2016 now, since it could take a while to roll out to every region?

Xbox owners, discuss the delay for your version of the update here.