If you own an Apple iPhone and you enjoy playing games such as Zombieville USA and OMG Pirates!, then I think we may have some great news for you. The developer Mika Mobile has just released its latest iOS game Battleheart, which is now available to purchase from the Apple App Store.

As Eli Hodapp over at toucharcade.com reports, the Battleheart app is a fantasy combat game that not features great Retina display friendly graphics, but also comes with complete iPad support. Although it may not be classed as an RPG as such, it does appear to have plenty of RPG elements to it.

Users can create their very own four character party from a variety of character classes, which according to information on the itunes.apple.com website includes knights, wizards and rogues. In order to move their character, players must draw a line from where they are to wherever they want to go. 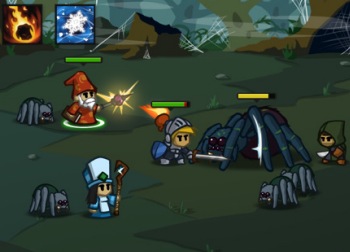 We have embedded a preview trailer below this post, so you can check out the gameplay for yourself. As noted at itunes.apple.com, the app (which costs $2.99) is compatible with the iPhone, iPad and iPod Touch, but does require Apple iOS 3.2 or later. 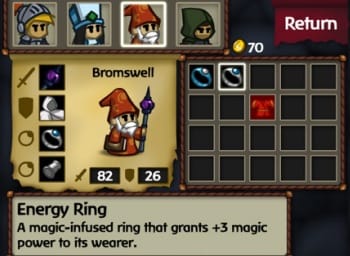 Other great features include the ability to customize your heroes via various unique skills, more than 100 unique items to collect and equip and a 30-plus level campaign that comes complete with epic boss battles. Do you think you would download the Battleheart app?