We have some good news for those of you planning to pick up a Zune HD media player now, as we have heard rumors that Microsoft could be planning to release a 64GB version of the device.

As reported from Pocket-Lint, this has yet to be announced officially, but a recent screenshot taken from the official Zune HD product page appears to show the listing for the 64GB version.

Interestingly, the web page does not work anymore, perhaps they are updating the website to remove the premature info – just a thought.

Would you buy a 64GB version of the device, or do you already have your mind set on something else? Check out the image below and let us know what you think. 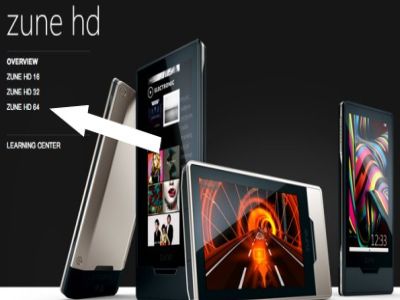