We have just found an interesting image of an ESPN Xbox 360 that has popped up on the internet, which could foresee another new branded Xbox 360 hit the market.

According to an article over at Engadget, they received an image from a tipster that shows a mockup of an Xbox 360 branded with the ESPN logo and colored in red. Apparently, it was found just sitting there on a Microsoft PR server that could be the result of a branding exercise or a failed idea that never came to pass. 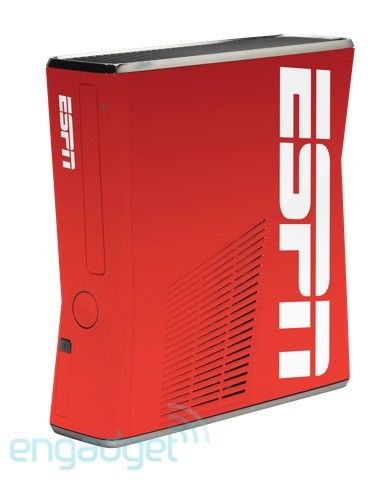 But if we get our bearings together, we will remind you that ESPN 3 is now live on the console that came with the Xbox 360 Dashboard Update. Therefore the partnership of Microsoft and ESPN could go that one step further in bringing out an ESPN branded console.

If you are a cable subscriber but only really use it to watch ESPN, a brightly red-colored Xbox 360 console is not too far away from what you could use as a replacement or even a substitute.

Would you be interested in an ESPN-branded Xbox 360 console?

Update: The custom ESPN console was an asset designed to celebrate the launch of ESPN on Xbox LIVE. There are no plans to manufacture an ESPN-branded console for sale at retail.