We are just days away from this year’s E3 event and we bet that many of you are already counting down yourselves to E3 2016 press conferences, from the likes of Sony and Microsoft with the big focus on new hardware.

For those that still need a heads-up on when all of the action takes place, we have a last minute reminder of when Sony and Microsoft’s E3 2016 keynotes will start.

They both take place on Monday June 13 and just like last year Microsoft will have the opportunity to showcase to the world first what they have been keeping a secret for months, before Sony. 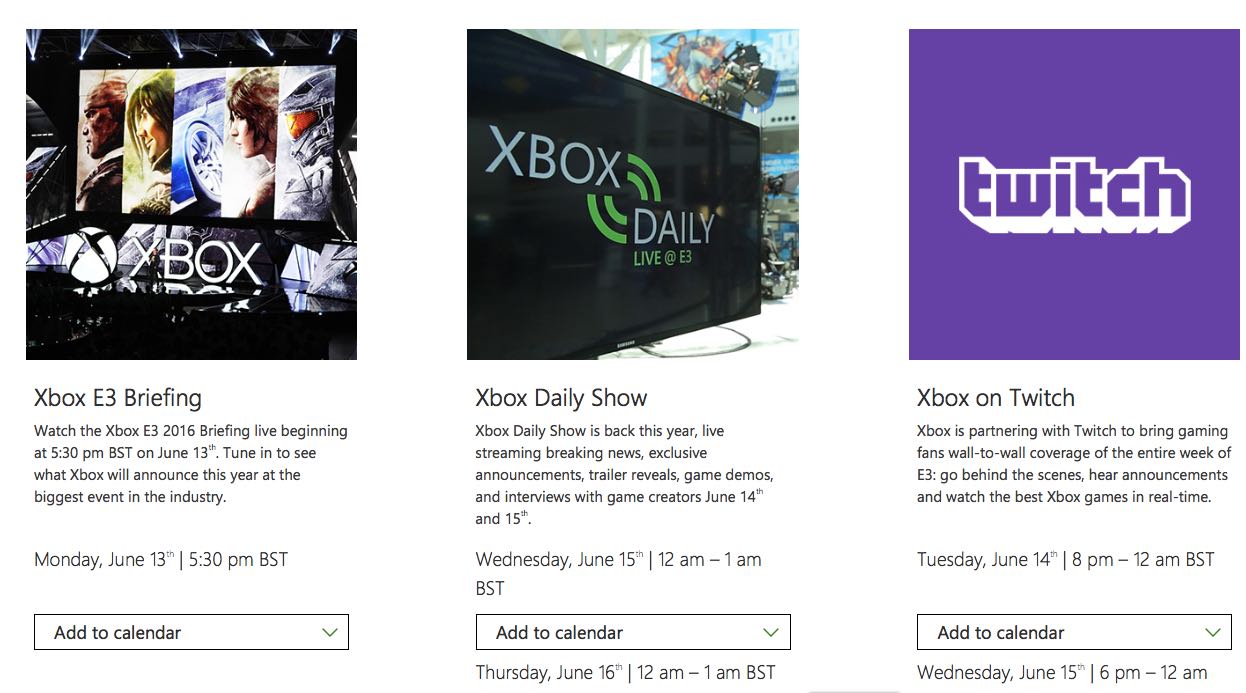 Sony on the other hand will take over for the evening shift. Their press conference starts at 6PM Pacific Time, which means 9PM Eastern Time and a late 2am start for those watching from the UK.

Big rumors are suggesting that 4K console reveals are nailed on, so it really is going to be an unmissable event for gamers regardless of what console loyalty you side with.

Will you be tuning into both events? Sony’s E3 2016 website will be here but hasn’t been updated yet, while Microsoft has already updated their portal with all of the details here.