Microsoft UK is relentless in their push of Surface Pro 3 specs on both social, video, and TV platforms. In fact, their Twitter channel is talking about almost nothing else other than the Surface Pro 3 design with certain features being teased with graphics, or animations.

You can see exactly what we mean with the retweet below, which is a cool Surface Pro 3 Vine originally shared by Surface France on Twitter. This animation certainly gives newbies a quick look at Microsoft’s Surface Pro 3 from an external point of view.

When we upgrade our gadgets they can sometimes replace other devices you own. In some situations you will replace more than one device with your new purchase, and this has been seen with people about to upgrade to iPhone 6 Plus and replace their smaller iPhone along with iPad mini.

Microsoft UK has promoted this type of device replacement with a new graphic yesterday, which quickly explains how the Surface Pro 3 apparently replaces a tablet and laptop.

Do you feel the new Microsoft Surface Pro 3 could replace your current laptop and tablet? We have included the full specs list below, so that you can get a better understanding of what’s inside the latest hardware. Prices in the UK currently start from £639. 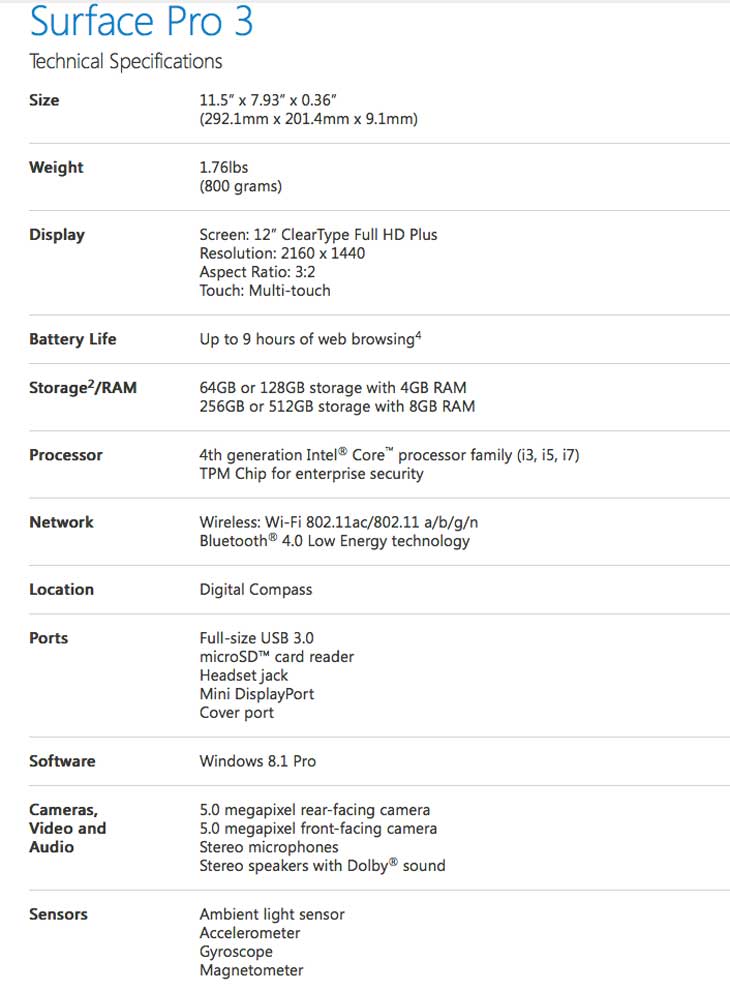