We told you recently that Microsoft had started to ship certain models of the brand new Surface Pro 3 to consumers who had pre-ordered the new tablet at the first opportunity.

Now, for those who are looking to buy one whenever stock is available, we bring news of a unique deal. This deal is not like any other though as there is a devilish twist to it which some of you may love.

Microsoft is actually looking to convince consumers to buy their new tablet, at the expense of trading in an Apple Macbook Air. To help make this tough decision easier, Microsoft are offering up to $650 as trade-in credit if conditions are met.

These conditions are the key factor though as we’ve seen that there’s a fair amount of fine print highlighted in the deal which may make it less appealing as initially thought. 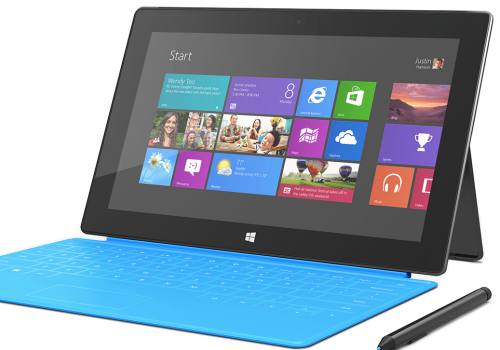 Looking into the fine print further, we can also see that Microsoft will only grant up to $650 by taking “Condition, documentation and accessories” into consideration – how many of you still have MacBook Air documentation lying around handy?

Still though, this is the new Surface Pro 3 we are talking about, a lovely tablet which isn’t going to be sold for free. Let us know if you own a MacBook Air and would consider giving it to Microsoft for a cash discount off the Surface Pro 3.

This offer will run until 31st July 2014, so you don’t have long to make a decision.