Those of you who have been desperate to hear news about the rumored Microsoft Surface Mini will be very interested to know that some pictures have leaked, apparently offering a peek at the official design before it was cancelled by Microsoft.

The regular Surface tablet is already a beautiful device, but would you have preferred a smaller version should it have been available on the market?

Now you get to see what it would have looked like, thanks to Evan Blass and EVLeaks on Twitter.

Not only that, but we even have a look at the official specs that the device would have had too. They include a 7.5-inch display compared to the current 12-inch display on the Surface Pro 3 and 4. 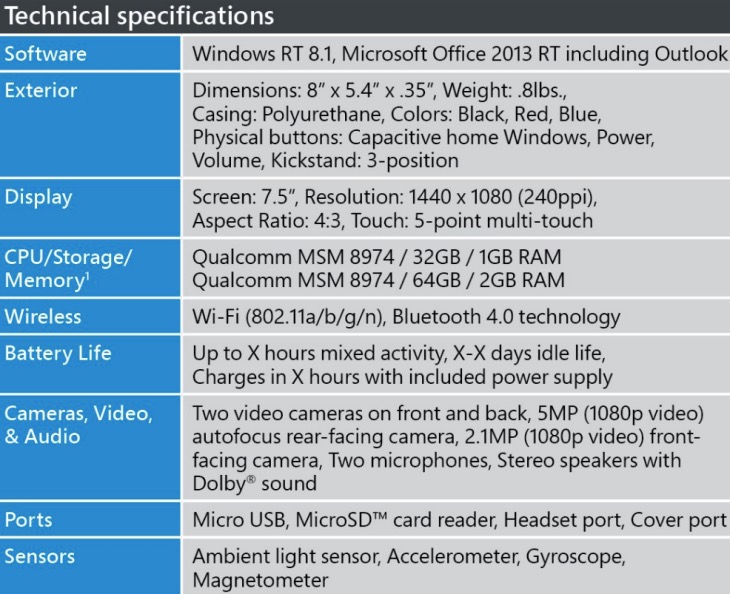 You can see the revealing list of specs above to take a look for yourself – Microsoft even had plans to include a Surface Pen inside the box.

Would you have bought this 7.5-inch Surface straight away without thought? Enjoy these pictures and let us know what you think.