Microsoft’s Surface 2 tablet equipped with 4G LTE has now been released in the US, being offered exclusively on the AT&T 4G network. The flagship Windows RT 8.1 device is now retailing, with shipping already going out to those who pre-ordered.

The Surface 2 is being sold in Microsoft retail stores and other big suppliers such as Best Buy, with the 10.6 inch slate going on sale for $679. The LTE version of the Surface 2 comes available on several AT&T data plans, including a shared family package. Alternatively consumers can pick up the Wi-Fi only version which costs much less at $449 if you are not keen on super fast mobile internet.

The Microsoft Surface 2 4G LTE model brings an Nvidia Tegra 4 processor, 2 GB of RAM, 64 GB of internal storage and the full version of Microsoft Office 2013. The 4G tablet does in fact ship unlocked; however options are instantly narrowed down to one as AT&T are still the only provider to carry the surface 2 so far. 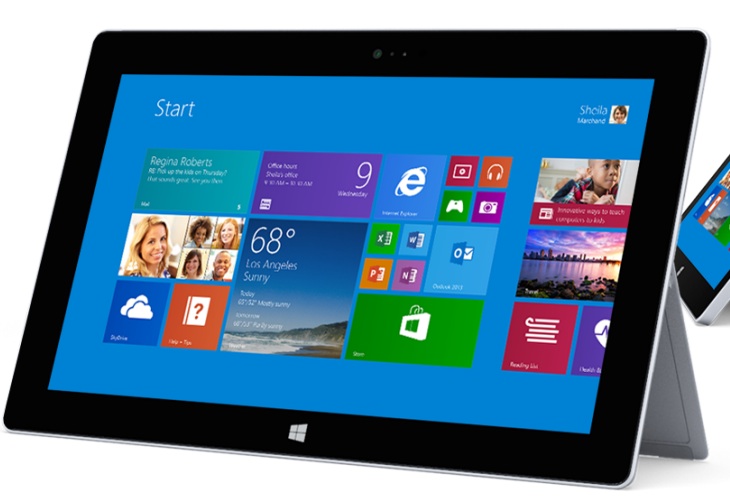 Microsoft has bundled in plenty of extra bonuses to make the overall package more appealing, such as a special Skype deal which offers free calling to landlines in over 60 countries. This benefit will last for a year and also gives users access to any of the 2 million Skype Wi-Fi hotspots across the world.

The Next Web adds that Microsoft are giving customers 200 GB of free OneDrive storage, lasting for 2 years. Microsoft has hinted at a Surface 3 and Surface Pro 3 models in the future after saying that 2014 would be an exciting year for their tablet brand. Once the Surface 2 LTE release hype has died down the big Surface 3 rumors will commence.

Will you be buying the Microsoft Surface Pro 2 with 4G LTE?