Computer industry giants Microsoft have been around for at least as long as I’ve been using a PC, which is quite a while now. They have enjoyed great success over these years, manufacturing one of the most powerful gaming consoles ever, the Xbox 360 and are developers of one of the most popular PC operating systems, Windows. Now the company aim to take on a market dominated by Apple with a new OS designed with tablets in mind.

They will announce their latest Windows 8 design in California where they will be showcasing the new OS. This will give developers the chance to decide whether they would like to use the software in their computers and devices. Since the launch of the iPad, the tablet market has been all about Apple, they have had a head start over Microsoft, who now will be hoping to gain some ground.

So far all the other manufacturers of tablets that have tried to take on the mighty iPad, such as Hewlett Packard and BlackBerry, have failed to make so much as a dent on the market, which is predominantly owned by Apple. Tough competition also lurks elsewhere for Microsoft, with another popular OS; the Google owned Android hoping to muscle in on the tablet market.

While footage of the new Windows 8 OS has been accessible via YouTube, this will be the first time the company has completely presented it in front of developers. In the clips available claims that Windows 8 would work across multiple platforms were made. These platforms include touch-screen systems, laptops and desktops. According to Sky News we won’t be seeing the OS fully operating on a device until next year.

What do you think of Windows? Will their new OS be enough to take on Apple’s iOS? 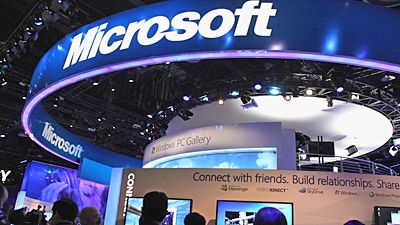