Apple has increased its support for Office 2016, and before you get too excited, it’s not for Linux. What this latest Microsoft Office 2016 update offers is 32-bit to 64-bit for Mac.

It’s only available for those with the productivity suite on OS X, and is a permanent switch, whereas the Windows version still offers the option of 32 or 64-bit. However, Microsoft does say that in most cases the 32-bit version for Windows is fine, although you might want to install the 64-bit version instead if you work with extra-large databases or worksheets. 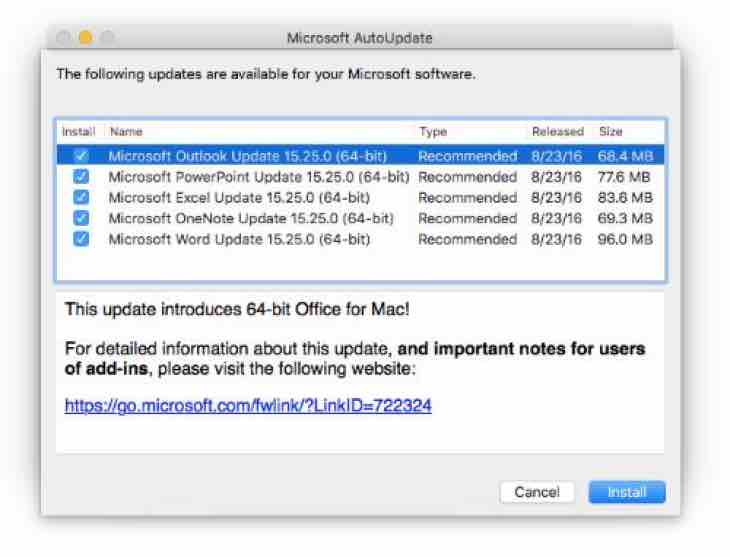 Microsoft does state that when going from 32 to 64-bit it will offer a significant performance boost, and so it is a positive update. This is one in the eye for Linux users, as they are still waiting anxiously for their preferred operating system to come with Office 2016 support, yet Microsoft has still not offered any details as to a possible date – if ever.

A word of warning though, as Microsoft does warn Mac users that making the change to 64-bit could have an affect on some third-party apps. Having said that, these app makers have had plenty of time to prepare, and if not supported, should do so in the not too distant future.