You heard that correctly. Apple does not yet have a cover on the market that doubles up as a touch keyboard and Microsoft may be planning to gain a foothold on this.

Details have been uncovered courtesy of WinFuture which cites a Microsoft Document that includes the text “iPad Touch Cover (Model 1719)” on it. 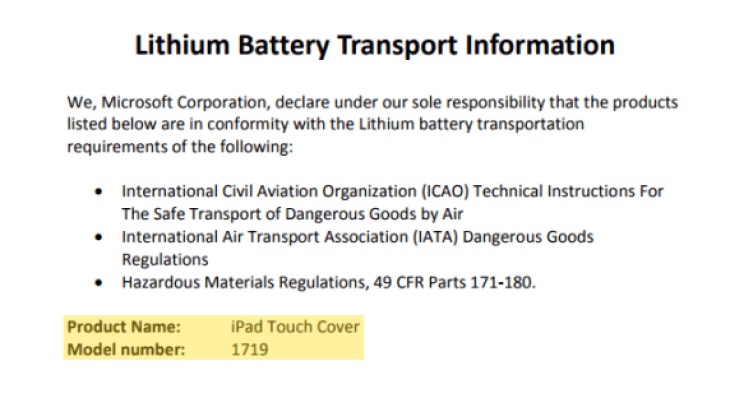 This keyboard cover could be powered by a lithium-ion battery and connect to the iPad via Bluetooth. Assuming that the Touch Cover features will remain the same as with the Surface version, then touch gestures could also be supported as well which is very exciting if true.

At the moment, there is no sign on whether this product is still planned for release in the future, or if it was something that Microsoft wanted to bring out but scrapped it.

Either way, let us know your thoughts on this. Would you love to buy a Touch Cover from Microsoft for your iPad, iPad Pro or iPad Mini?