The Microsoft Kinect has proved to be a major success since it was first released, and the potential for the device as more games and applications become available is huge. Now owners of PC’s running Windows could use the device sometime in the future.

Adam Hartley of TechRadar is reporting that Microsoft’s CEO Steve Ballmer was talking to the presenter of the BBC’s Click program earlier in the week and hinted at PC support in the future. When asked about the possibility of Kinect coming to PC he said “Will support that in a formal way in the right time… and when we have an announcement to make then we’ll make it.”

For now the company was concentrating on socialization using Xbox and Kinect, and wanted to bring the experience to non-gamers with music, movies and more. When Ballmer was asked about Apple he just said “Apple’s business is Apple’s business”. 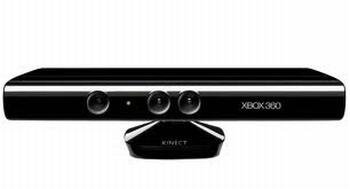 He added that the biggest app system in the world is the PC, then the web. He went on to say “In particular, as the web moves to HTML 5, which we are doing, I think, beautifully in our Internet Explorer 9”.

Would you like to see the Kinect get support for PC’s? And what uses do you think it will have besides gaming?