The Xbox 360 Kinect has been put to a lot of good use lately. Its appeal already stretches to a wide spectrum of users. Now the device can keep your children active and happy or yourself, if you want to relive those childhood memories once more with the new Sesame Street game.

It was announced yesterday by Warner Bros. Interactive that the game would be coming to Microsoft transforming the television show into an interactive adventure. It’s developed by Double Fine Productions who are also responsible for downloadable games such as Stacking and Costume Quest.

As Joystiq reports, the game, titled Sesame Street: Once Upon A Monster will act as a sort of interactive episode of the popular show, with events unfolding as they would in a storybook. Along the way players will aid Elmo, the Cookie Monster and other famous characters as they embark on their adventures. 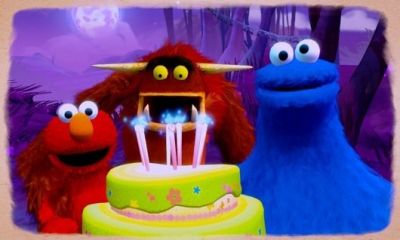 Parents can play along and get active in this journey too, using their jumping, flying, dancing skills and more to help with the problem solving and life skill learning the game presents. According to Slashgear, who quote the game’s PR.

What do you think of this new game? Will it work as Switched say it will, getting unresponsive children who sit in front of the TV all day active? Let us know your thoughts.