There are already quite a few sports and fitness-related games available (or on their way) for the Xbox 360 Kinect device, including Zumba Fitness, EA Sports Active 2.0 and Virtua Tennis 4. However, we’ve never heard of a swimming-based Kinect game up until now.

Yes, you did read that correctly!! According to Matthew Reynolds over at digitalspy.co.uk, a Michael Phelps swimming game has just been announced for the Xbox 360 Kinect. The game we are talking about is Michael Phelps: Push the Limit, which is due to arrive sometime in June.

The game will use the Xbox 360 peripheral to capture the player’s movements for a number of different swimming strokes and competitions. Michael Phelps: Push the Limit will feature a full career mode, which takes players across various locations including a Japanese dojo. 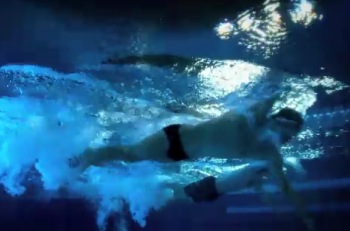 As Nick Chester over on the destructoid.com website recently reported, Michael Phelps spoke about the upcoming game himself, and said that it is all about improving and mastering every swimming race element including perfectly timing your finish.

You can check out the cool trailer and the recently released screenshots for the Michael Phelps: Push the Limit game via the destructoid.com website. Is this a game you think you would buy?