We have a word of warning for those of you who are thinking about picking up Michael Jackson: The Experience on the Nintendo Wii, as IGN has just posted their review of the game and it isn’t pretty.

They have only scored the game a shocking 3.5/10, calling Ubisoft’s title a huge disappointment. They have just about criticized every aspect of the game, but main highlights include the poor interface, terrible control system, inconsistent instruction images and more. 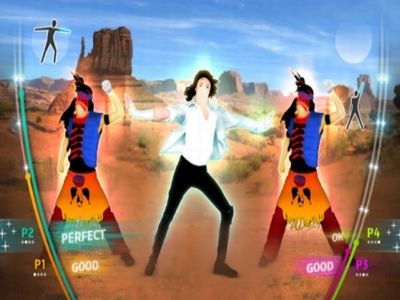 The poor review from IGN probably won’t distract the hardcore MJ fans, but for those still sitting on the fence, it looks like your money may be best spent elsewhere. Here is IGN’s overall conclusion of the game, it’s pretty harsh –

”Michael Jackson: The Experience is a disappointment. If you want to dance to all his classics, don’t spend money on the game — buy his albums and throw a party instead.”

Ouch. For those of you who already have the game, do you have anything to say in defense, or do you agree with IGN’s verdict? Check out their video review below.