We have a quick heads-up to tell you that there has been a new Metal Gear Solid V Ground Zeroes 1.04 update today, weighing in at 356MB.

For those asking what the new MGS Ground Zeroes update does, Konami has now added the option to transfer data directly from Ground Zeroes over to Phantom Pain which has now received its long awaited launch.

The update shouldn’t take long to install and the process is very easy. We’ve included a few pictures here showing you that the main feature for this update is specifically for the data transfer and nothing else. 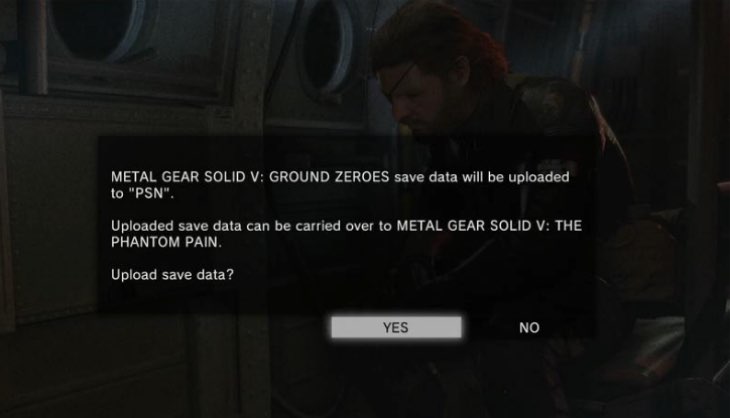 Meanwhile some of you may also be downloading a new Metal Gear Solid V Phantom Pain update 1.01 on your PS4 too, which is 421MB in size.

We have those notes for you below, with Konami adding in additional features and enhancements to FOB missions, as well as improving general stability for the game. 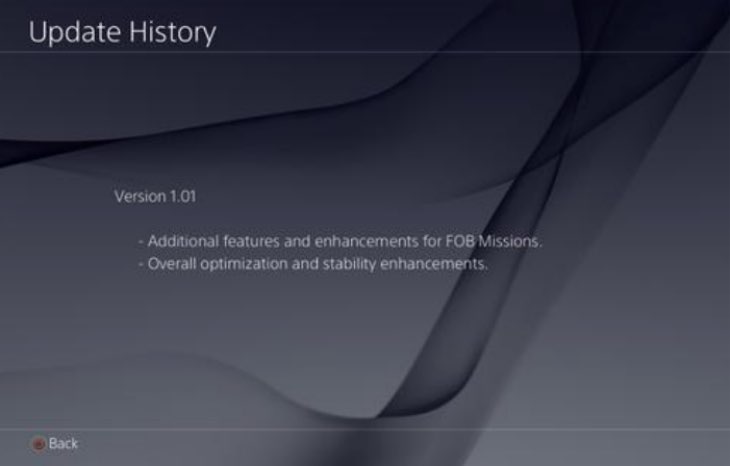 Let us know if you have received both updates within the last few hours and if you take advantage of the new save data transfer feature from Ground Zeroes.

You’ve seen the perfect review scores for Phantom Pain so far, so has your expectation been met for the game after playing it yourself?