At the start of the month, we told you that Mewtwo DLC codes for Super Smash Bros were being handed out in the middle of April, exclusively for those that owned a copy of both the Wii U and 3DS version.

Now, we are happy to confirm that the codes are now starting to roll out. We’ve had reports on social media that some Japanese players have already received their code and now Nintendo are in the process of sending the codes out to US and Europe.

Remember, you can get a free Mewtwo DLC code for Super Smash Bros 3DS and Wii U, but only if you own both copies of the game. If you only own one then you’ll have to pay $4 for it for the code on a platform of your choice.

If you haven’t registered your copy of the game with Nintendo and want to play as Mewtwo on both platforms – you’ll need to pay $5 instead. 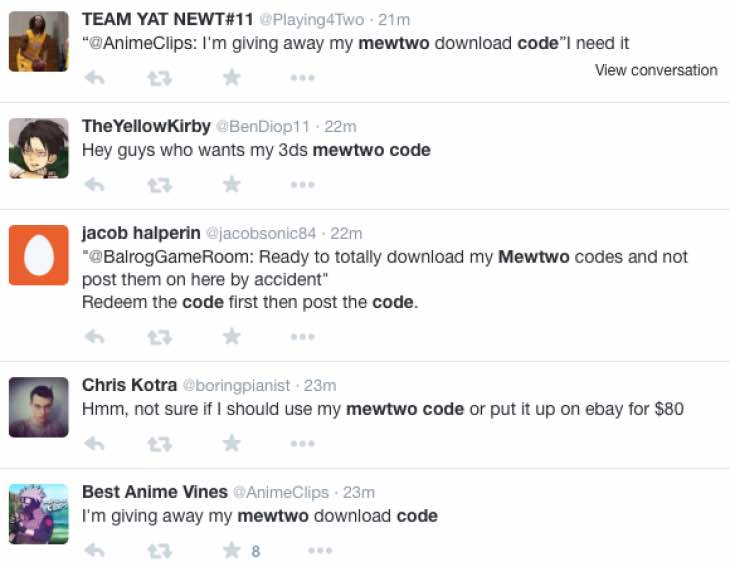 Fortunately, generous Twitter users are on hand as usually and we can already see that some are planning to giveaway their Mewtwo DLC code for free as soon as it is sent.

If you don’t want to pay for the code and are hoping for a Mewtwo DLC giveaway or trade, the best option is to bookmark this page and keep your eyes open for any promotions.

Failing that, you can use our comment system to get some trades going, especially if you have some rare Pokemon for ORAS that you can giveaway in exchange for a Mewtwo code.

Remember to check your inbox, including Junk mail for those that are expecting a code this week. Let us know how you get on and if you are looking for a code right now.