As you probably already know Nintendo are holding a press event on Wednesday, January 19 where they will undoubtedly reveal full release and pricing details for their upcoming handheld, we are also hearing that a Metroid 3DS announcement may also be made at the show.

This news is not confirmed at the moment, however Jonathon Ross recently answered a tweet which may have inadvertently confirmed the existence of this game.

One of Jonathon’s followers on Twitter recently tweeted a message which said “keep his fingers crossed for Metroid”, Ross then responded “I think you’re going to be pleased then…”, Ross is a reliable source as he is part of the 3DS European press event. 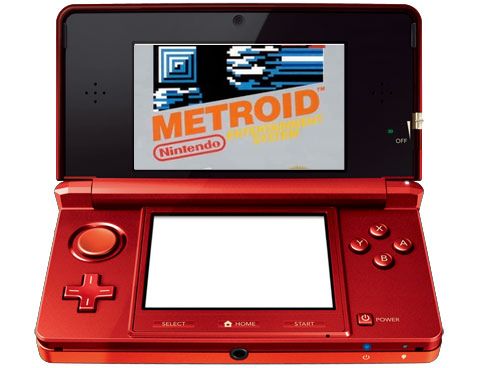 Up until now a Metroid release for the 3DS had been talked about, however this is the first time that we have heard anyone “in the know” talk about the game, NintendoWorldReport suggest that this does not necessarily mean that the game will arrive be announced at the show, however pretty much confirms that it is in the works.

Metroid video games have been popular since the late 80’s, however we have not seen a handheld version of the game released since Metroid Prime Hunters arrive in 2006, perhaps Nintendo think that a Metroid 3DS will increase Nintendo 3DS sales.

Will you buy a Nintendo 3DS just for Metroid 3DS if it is announced?