Following on from the exciting reveal of Metal Gear Online, it looks like Hideo Kojima is once again up to his old tricks. The legendary developer took to the stage at the Game Awards wearing a t-shirt that may actually have revealed the Metal Gear Solid V: The Phantom Pain release date.

The game is the follow-up to Ground Zeroes remember, or the true Metal Gear Solid 5 game if you like with Ground Zeroes just serving as a taster of what is to come.

Kojima took to the stage in Las Vegas during the Game Awards, wearing a T-shirt that contained the words “tjugoandra den sjÃ¤tte”. To the average gamer watching on YouTube and indeed the viewers watching Kojima live at the awards itself, it probably meant nothing.

However, to the detectives out there it instantly hit home as yet another of Kojima’s carefully planned teasers. These words are actually Swedish and they translate to “twenty-second and sixth”. 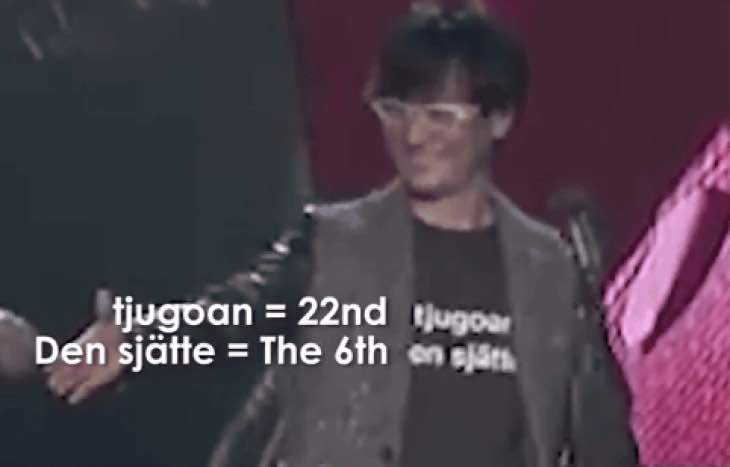 Put two and two together and that in turn suggests that Kojima is referencing June 22 2015. This could be the official Metal Gear Solid V: The Phantom Pain release date that Kojima has just dropped, with most not even realising it.

After all, this is the same man which brought us “Joakim Mogren” and “Moby Dick Studios”, the fake developer name and studio based out of Stockholm, in Sweden.

It looks like Kojima has pulled another one on us and we say that it’s another stroke of genius. All the evidence is there suggesting that this is real, although we would say that a Monday launch date for Phantom Pain would be unusual.

We say that as we often see standard game releases on a Tuesday in the US, but then again Metal Gear Solid isn’t a standard game and we’ve seen in the past that Konami will hold a unique launch date if necessary.

Give us your thoughts on this – do you feel like you have been trolled slightly by Kojima once again?