If you are planning to buy Metal Gear Solid V: Phantom Pain for the weekend, you’ll be pleased to know that the reviews are starting to come in.

Even better, we can tell you that the Metal Gear Solid V: Phantom Pain reviews on Metacritic are very favorable. On top of that, many critics are giving perfect review scores for the game – IGN for example have given Phantom Pain a 10/10 and called it a ‘Masterpiece’.

That doesn’t happen very often as you can imagine so it looks like the game is turning into a must buy not just for fans of the series but console owners in general. 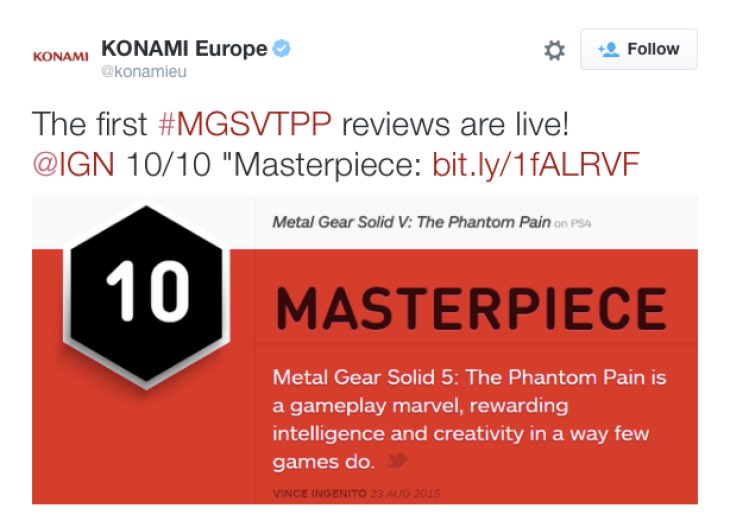 Take a look at the Metacritic page here to see for yourself. Joining IGN’s perfect score is a 10/10 from GameSpot who have also given the game a glowing report.

The reviews are coming in thick and fast so take a look at the page and let us know what you think. Has this now convinced you to buy the game today or this weekend, as we know some of you were previously uncertain after the whole saga involving Hideo Kojima.