When we first heard the news about Konami’s upcoming HD collection remakes for Metal Gear Solid, naturally we were delighted with the news that Snake and co. would be getting an PS3 and Xbox 360 makeover with updated graphics and textures.

It was a while ago that Konami announced the upcoming titles, and recently the company revealed the very first gameplay trailer for the HD remake of Metal Gear Solid: Peace Walker – one of the titles featured in the upcoming collection.

Previously a PSP exclusive, Peace Walker HD will now be coming to the Xbox 360 and PS3 and this latest trailer gives us a chance to see how Konami are handling the new remakes in HD – Or so we thought.

After watching the trailer, we have to admit that we felt slightly disappointed on the quality of the graphics featured in Peace Walker. It was under our impression that Konami will be totally remaking the games, i.e utilizing the full power of PS3 and Xbox 360 console capabilities, but in actual fact it looks like Konami has just bumped up the resolution to 720p, added a new slicker menu interface, and very litte else. 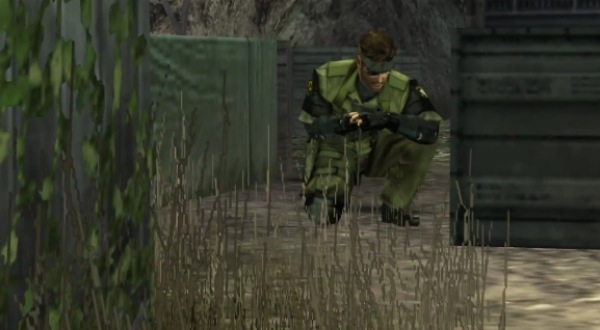 We’d even go as far to say that these graphics are PS2-like, and definitely not we and most Metal Gear Solid fanatics were hoping for. Konami recently teased that they may be planning to re-visit the original Metal Gear Solid game with a brand new remake with a new story, but judging by the quality of their HD Collection as seen in Peace Walker, we’re a bit skeptical to say the least.

Are we perhaps being a bit too harsh on Konami and the team? Maybe a little bit since the game still looks decent to an extent, but when you announce a HD Collection at E3, it’s generally supposed to be a big deal, however these graphics we’re seeing here definitely aren’t. Watch the trailer below for yourself, and tell us we’re wrong – we’d love to hear both sides of the story here.

Konami are also planning to ‘remake’ MGS2 and MGS3: Snake Eater as part of the HD collection, hopefully they won’t look as painful as the graphics in Peace Walker do. One thing we definitely love though are the crisp codec interfaces, and is that a new voice for Snake that we detect there as well? Some of you may be glad that you’ll finally be able to enjoy this title on the PS3 console, but after watching the first gameplay trailer for it, some of you may be thinking it should have stayed on the PSP and Konami focus their attentions on something else.

What will the Zone of the Ender remakes look like? Do you agree with us that the graphics are slightly disappointing, or do you think they look acceptable?

As a further point of interest, we recently wrote an article in relation to ‘gamers being misleaded‘ in 2011, and you have to say that this upcoming Metal Gear Solid HD Collection may fall into the same category. We know you can do better Konami.