We have been keeping you updated with information on some of the PS Vita games you can expect to see at launch, but one notable game that gamers are keeping an eye on is the Metal Gear Solid HD collection, which will be available after the new portable launches.

The HD collection has just been released for Xbox 360 and PS3 consoles in the west, but Hideo Kojima and his production team are still working on bringing the same collection to the Vita. Thankfully, we now have an update to bring you on the status of the portable version and that comes in a series of teaser images from Mr Kojima himself.

The legendary creator has teased a few images such as the main menu screen, as well as some specific story dialogue accompanied with some Metal Gear artwork, as detailed by AndriaSang. Both screens as you expect look rather stunning on the Vita’s 5-inch OLED screen.

That’s not all we have to bring you though, as Kojima has also revealed that the Vita version will feature new gameplay elements to accomodate the Vita’s touchscreen controls. One example of this has already been confirmed via the rear touch back controls, as players will now be able to knife opponents by flicking the rear touch pad once you perform a stealth takedown.

We imagine that Kojima is thinking of even more ways to incorporate touch controls into the Vita version of the game, but we’re just glad that they are putting in the extra effort to make the Vita game unique compared to the console versions. This combined with the exclusive ‘transfarring’ game save system make the Vita version very appealing and surely a must buy for all Metal Gear fans who pick up the Vita on February 22.

Hopefully it won’t be too long until we have a release date to bring you, but in the meantime let us know what ideas you have in terms of adding more touchscreen features to the Vita version. Perhaps Kojima can incorporate the camera in some way as well? 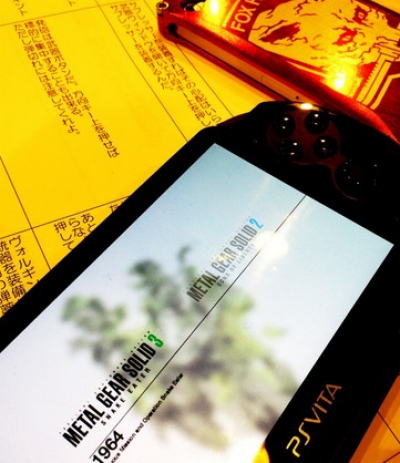