It is a great day for fans of Metal Gear Solid and the new Ground Zeros game, which is thanks to just under 11 minutes of gameplay going live within the last few hours, and this footage of Metal Gear Solid: Ground Zeros can be seen below this article. It is fantastic to see the original MGS Snake in the video and after watching this gameplay we can’t wait to get hands-on.

The original demo of Ground Zeros took place at PAX 2012, and this demonstration had been around 15 minutes although the cut down version is still impressive. During the gameplay you get to see what the Fox Engine can do, and as far as we can see it looks pretty good.

It is worth noting that the start of the Metal Gear Solid: Ground Zeros video is just a cutscene, which does last a while, so keep watching and you’ll see some gameplay towards the end. This game will lead to another, commonly known as Metal Gear Solid 5, so you can count this version as a stepping-stone to that game. Personally we’d prefer to only buy MGS games with Snake in, although it would be good to hear your thoughts on his inclusion, so hit the comments below. 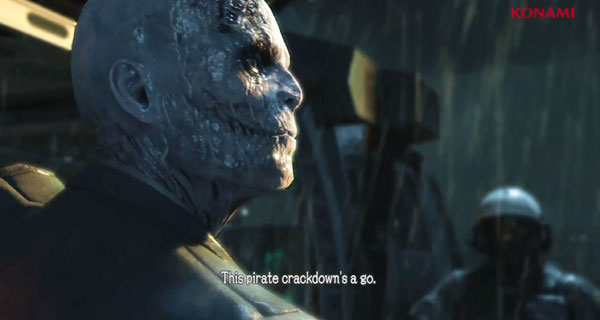 Kojima has explained in the past that the Fox Engine will move up to the next-generation of games console, PS4 and Xbox 720, with ease thanks to its ability to up scale. For now you’ll be using the new game engine on the current generation, and at the time of writing the release date is unknown.

Are you looking forward to getting hands-on with Metal Gear Solid: Ground Zeros? We’d love to hear your thoughts on both the trailer and what you make of the Fox Engine so far? It is worth pointing out that the gameplay seen in the video below is PC footage, but Kojima did state at PAX that the quality is similar to the PS3 version.