As revealed over the weekend, another Metal Gear Solid game has been announced. It’s not Metal Gear Solid 5 officially, but it is a continuation in the franchise’s brilliant story and Ground Zeroes has been unveiled for the Xbox 360 and PS3.

Kojima Productions and Konami showed a breathtaking cinematic demo of the game during the 25th Anniversary event, in which a Metal Gear Solid movie was also announced. The graphics on show is the first real evidence of the power that the Fox Engine has, and after seeing the footage you may even argue that it could well come out for next-gen consoles too.

Like Star Wars 1313, it looks like Konami are following the same route in stating that it will come out for PS3 and Xbox 360, when in actual fact it could well end up on the PS4 and Xbox 720 by time of release. Ground Zeroes has been announced as an ‘open world’ entry in the MGS world and you’ll be pleased to hear that we now have the gameplay that wasn’t originally planned to be shown to the public. 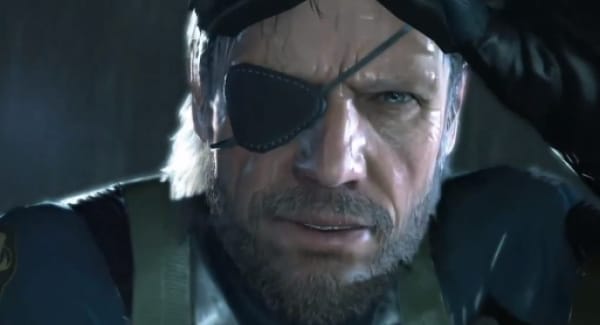 Our hero Snake is back and you’ll see him towards the end of the trailer, grey beard, eye patch in tact as well. He attempts to infiltrate a concentration camp, but before that there are two major talking points in the trailer that have been sending MGS fanatics into overdrive.

Firstly, who is the kid shown in the cell? Some say it’s Chico from Peace Walker, while others say it could be a young Snake or Raiden. Also, the burned man who features heavily in the trailer could turn out to be Vladimir Alexandrovich Zadornov who was also featured in Peace Walker, but more interesting theories include names such as Decoy Octopus, Zero or even Gray Fox.

Check out the amazing footage below and let us know what your initial impressions are. A confirmation of platforms can be seen at 1.40. We’ve also added a second video from the event itself – there’s extended footage to be seen with included commentary, but you’ll have to make do with shakey cam quality.

Have you already worked out the potential storyline and characters for the game?