There’s a lot of focus on Metal Gear Solid V: The Phantom Pain’s multiplayer mode with fans eager to find out how it develops thanks to different dev team taking care of this online part of the game. This is exactly why fans will be following E3 2014 closely with what’s said and revealed for MGS5.

This week alone there’s been a lot of details appearing online both officially and through leaks. This includes Cardboard Box gameplay for Metal Gear Solid V that we’ve embedded below this article, The Phantom Pain map compared to all maps for previous games in this franchise as seen in the image below, and also a few other details appearing on social networks.

The map below reveals that Phantom Pain will be over 200 times bigger than Ground Zeroes, although some fans expected it to be at least this much bigger considering the changes. 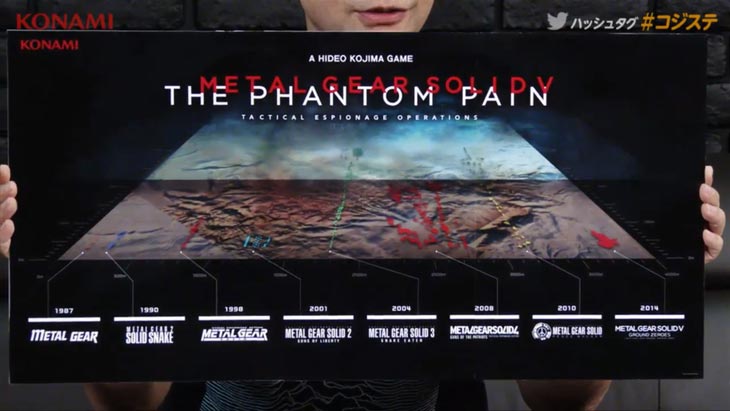 The bigger map size is expected thanks to the open world, but it is still the Metal Gear Solid V multiplayer element that some fans have some concerns about.

One Product Reviews reader said, “This game will be controversial for some issues and the multiplayer isn’t clear with more details being needed, plus another developer team is dealing with online play and this worries me a little”. Another added, “I really can’t wait to see how the Metal Gear Solid 5 Phantom Pain multiplayer pans out, especially with all the advances in online play, etc”.

Do you have concerns about the multiplayer in Phantom Pain? Earlier this year we heard that Metal Gear Solid V multiplayer was aiming for “global appeal and accessibility”, although at the time a lot of fans in Japan were not happy about Kojima Productions LA being behind the multiplayer.

Since we got a 2015 release hint a lot more has emerged about the MGS5 game, and now with E3 about to start in a few days you can be sure of seeing a lot more news along with 30 minutes of gameplay. Roll on E3, it’s going to be a good one this year.