FIFA 15 players have the luxury of using Mesut Ozil for Arsenal FC, without having the effects of his bad form as well as injury affect gameplay. That luxury may come to an end soon though, with persistent rumors suggesting that Mesut Ozil is unhappy and wants to return to Germany to play for Bayern Munich.

At the moment, Ozil is injured in reality but you can still use the player in FIFA 15 Ultimate Team mode, as well as other modes in the game. Those who keep up with the FIFA Match Day Live news ticker in-game may have spotted that Ozil has been the subject of a move to Bayern Munich for a £30m transfer.

It’s obviously not the £42.5m figure that Arsenal broke their record to sign Ozil many months ago, but it could be a figure which makes Arsenal willing to do business after Ozil hasn’t hit the form that he reached for Real Madrid.

Tell that to the Arsenal FIFA 15 fans out there though, who couldn’t bare to see Ozil leave. We have mocked up a preview of the potential nightmare in store by giving you an idea of what Ozil could look like using the FIFA 15 game engine, in a Bayern Munich kit. 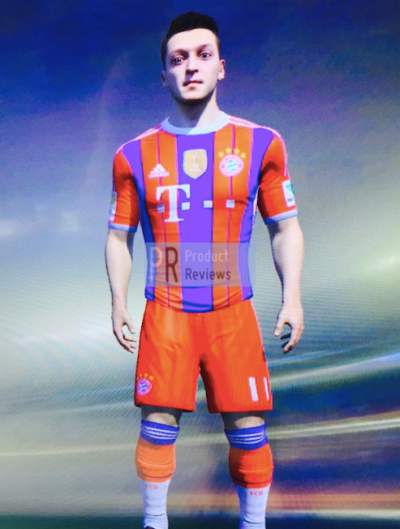 Is this something that you really don’t want to see happen, or after his performances so far are you now happy to see him go for £30m back?

We love the Goal.com plugin that EA has implemented in FIFA 15 at the moment, meaning that those playing FIFA 15 can keep an eye on all of the January transfer rumors as they happen live.

Let us know what you think of playing FIFA 15 in January, but with Ozil in a Bayern Munich shirt instead of Arsenal.