We are now counting down to TOTW 26 for FIFA 16 Ultimate Team. This week, it could be one of the most exciting we have seen since launch, with the possibility of either Lionel Messi or Cristiano Ronaldo cards in TOTW 26.

Both players have once again been standout performers for their respective clubs in their previous games. Ronaldo scored 4 games against Celta Vigo, while Messi scored another 2 against Eibar.

We doubt EA will put both players into TOTW 26 as they have to consider TOTS cards later this year, so Ronaldo should get the nod this week. 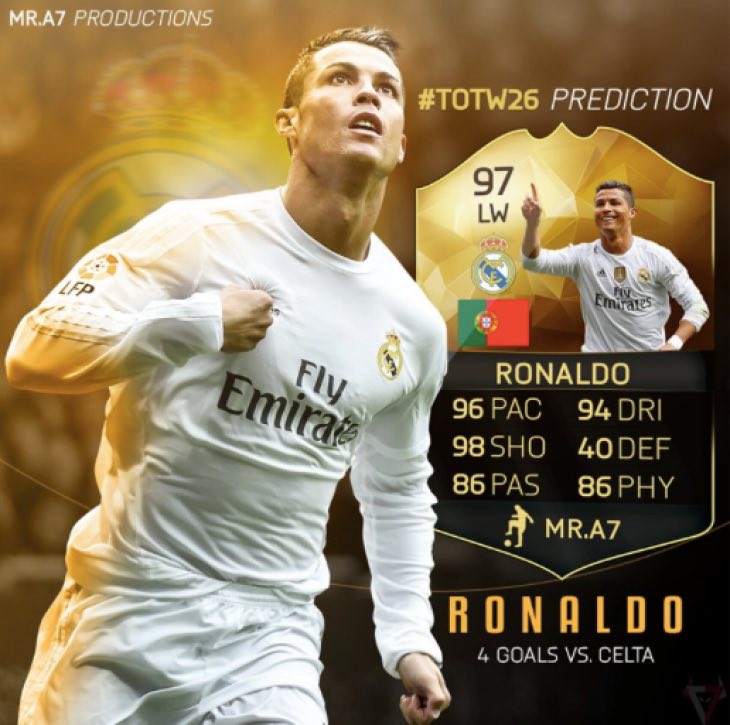 However, there’s also going to be fantastic options elsewhere too. Some of the TOTW 26 predictions that we have seen include Sergio Aguero, Payet, Salah and Aduriz.

There could also be a small chance to get a first in-form card for either Lallana or Lovren based on recent performances. We’ll update this when we have more predictions for you, but for now give us your own picks below.

Enjoy the custom image of Ronaldo above thanks to Mr A7.