We are excited about the upcoming FIFA 15 January transfer update as anyone else, but one potential transfer that could be happening this Summer has become the talk on social media overnight.

Messi to Chelsea is what everyone is talking about at the moment, after Lionel Messi ‘followed’ the official Chelsea FC instagram page as well as several Chelsea players hours ago.

As you can imagine, Chelsea fans have gone into social overdrive on this, taking this as a confirmation that he will be leaving Barcelona to join the London club – if you can believe that. 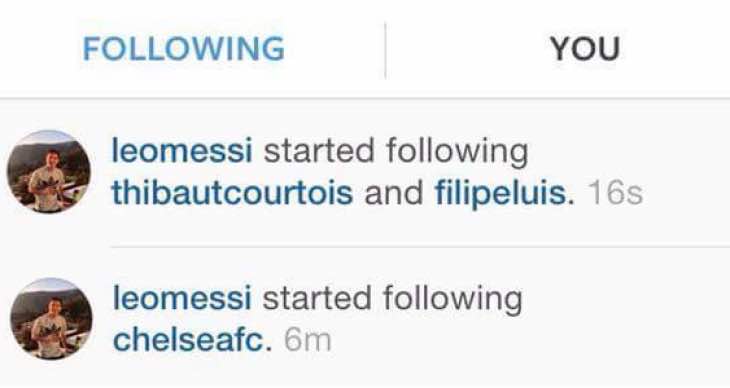 Reports elsewhere suggest that the club are willing to pay £250m to make it happen, but even then we still don’t see Messi ever leaving Barcelona. FIFA 15 players love to keep an eye on transfer activity in January and the upcoming Summer, but we think this is one prediction that sadly will never come true.

It’s also worth pointing out that Messi also follows Manchester City on Instagram as well, but this appears to be a classic case of a rumor catching alight and all hell breaking lose.

Fans have already started to dream of seeing Lionel Messi in a Chelsea shirt, but are you more realistic in believing that this move will never happen?

As we wait for EA to deliver fresh FIFA 15 updates in January, let us know what you think of this latest rumor. Do you think Messi will join Chelsea for £250m or is it the biggest joke that you have heard so far this week?