Lionel Messi’s dedication for the FC Barcelona football club is like that of EA Sports for his face being on their football game. You’ll see Messi on the FIFA 15 cover along with other players for different regions, and this respect seems to follow through into the latest trailer as well.

The official FIFA 15 TV commercial can be seen below this article and it plays out with an intense feeling, which is portrayed thanks to the continual message of “Feel The Game”. You will see a lot of skills showcased from different clubs in the FIFA 15 TV commercial, although it is Messi who scores the goal in fantastic style towards the end of this video. 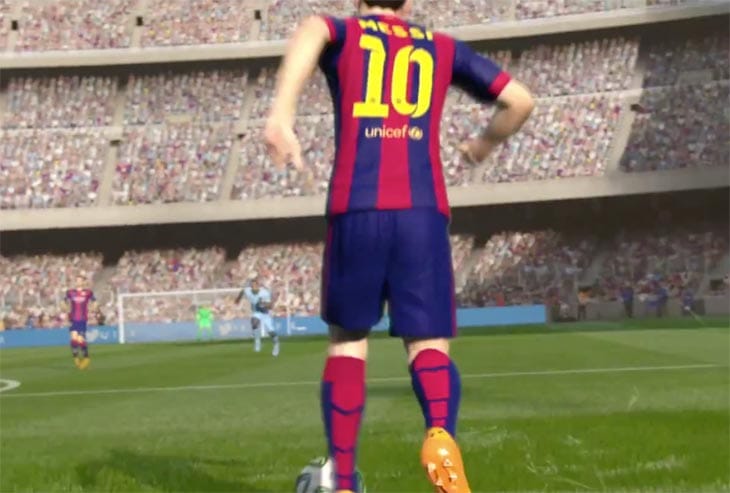 What are your thoughts on the official FIFA 15 TV commercial and Lionel Messi’s goal towards the end? Is this your favourite FIFA TV ad yet, or do you feel something is missing? Take a look at the trailer and then share a comment below with what you think of its impact, players showcased, and way they raise expectations for the upcoming title.

FIFA 15 has a USA release date of September 23, and then 2 days later in Europe with the UK arriving last on the 26th. I’m sure some football fans will feel football games should release in Europe first, but we’ll leave that debate to Product Reviews readers.

You will be able to purchase the game on all major platforms, including the latest PS4 and Xbox One consoles. Take a look at Messi scoring for FC Barcelona below, and then tell us what plans you’ve made to get playing FIFA 15 later this month. If you are already hands-on with the demo, how has it been for you?