Thanks to this, EA has acknowledged the little genius once again by giving FIFA 15 players the chance to pick up an extremely rare Messi 96 MOTM card for FIFA 15 FUT.

This card has some unbelievable stats, as it’s actually the same rating as Messi’s last in-form card that EA gave him. Just to remind you, these stats include a 98 for Dribble, 96 for Pace, 94 for Shooting and 99 for Finishing. 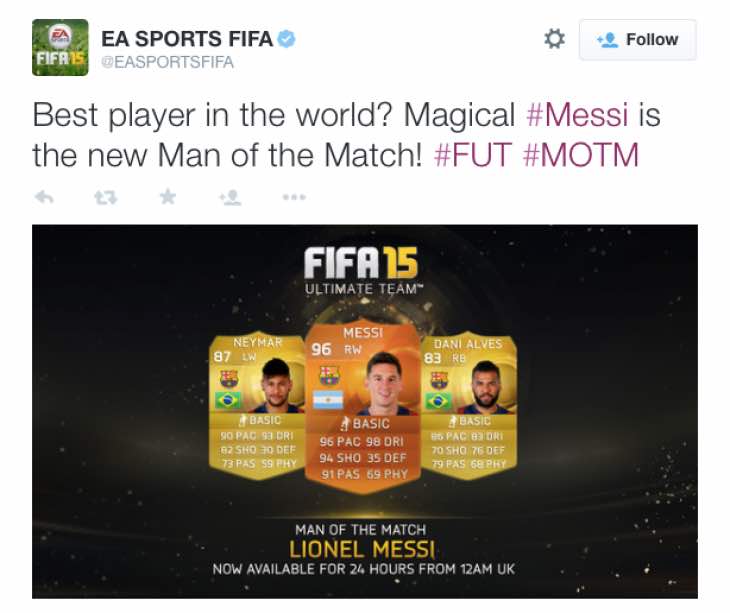 Only Messi’s team of the year card is better than this one, so it really is worth opening those premium gold packs if you have been saving up.

As far as we’re aware, only one person has managed to get one of these beauties in a pack, while we can see that on the FIFA 15 transfer market, this card is going for around 2.2 million coins.

Good luck trying to get one and let us know if you get lucky. Is this Messi card better than the Ronaldo cards in FIFA 15?